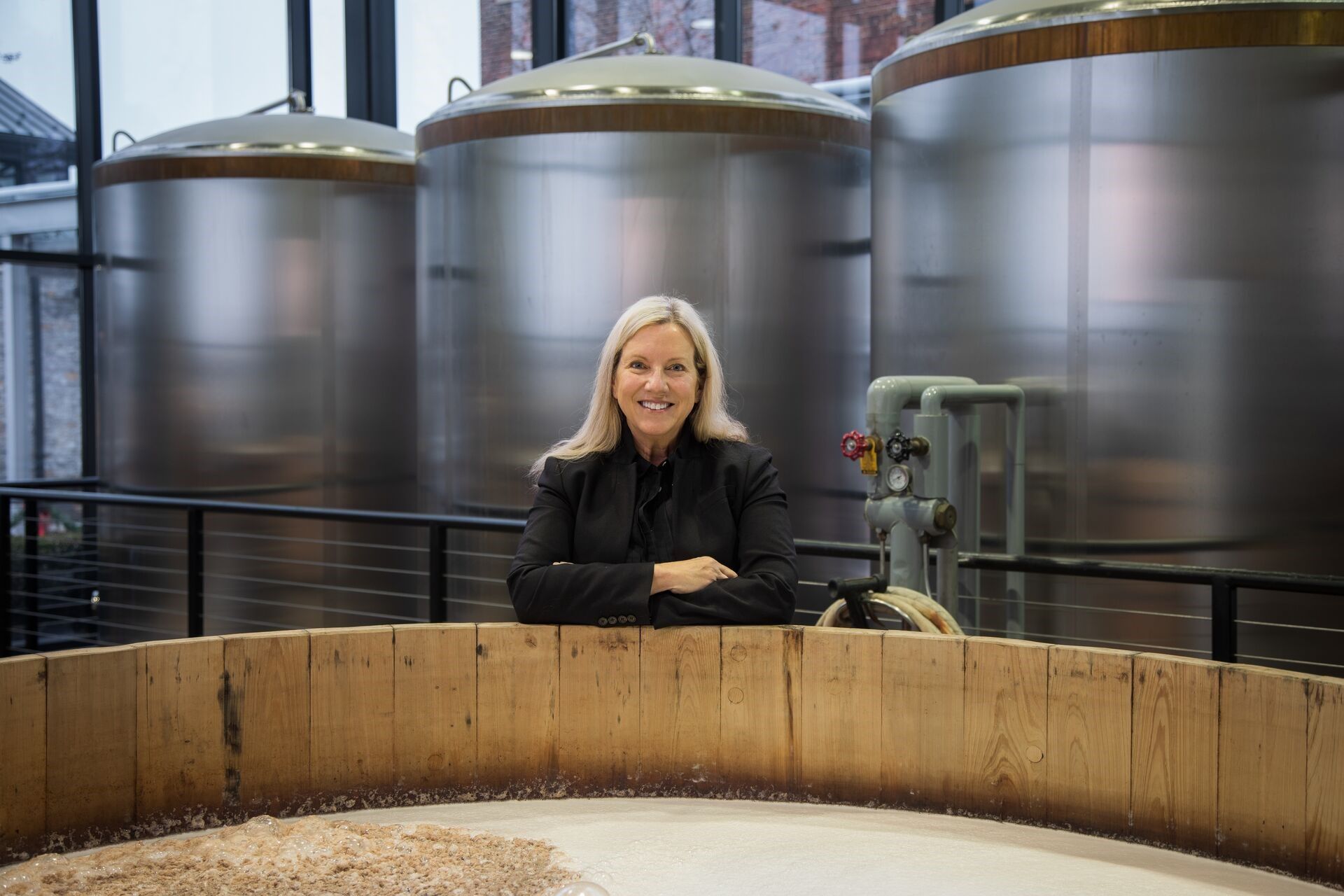 Lyons Brewing & Distilling Co. is the new global brand name for the Lyons family’s beverage business, including breweries and distilleries in Kentucky and Ireland

[DUBLIN] – What began as a personal passion and a toast to family tradition for the late Dr. Pearse Lyons has become a global beverage business with six breweries and distilleries in Kentucky, USA, and in Ireland crafting an award-winning line of beers and spirits.

The legacy continues with Dr. Mark Lyons, the seventh generation of the Lyons family to be involved in brewing and distilling, as well as his mother and Pearse’s wife, Deirdre Lyons. Recently, Mark and Deirdre developed a new global brand name for their family of breweries and distilleries. Lyons Brewing & Distilling Co. now represents their beverage entities, including Lexington Brewing & Distilling Co., Dueling Barrels Brewery & Distillery, Pearse Lyons Distillery and Pearse Lyons Brewery. This new name is reflective of the business’ private and family-owned nature and will enable the business to better tell its story.

With the development of this new global brand, the Lyons family also began an international search for its first CEO.

“We were looking for a leader who shares our team-focused values, commitment to excellence and passion for brewing and distilling,” said Dr. Mark Lyons, president of Lyons Brewing & Distilling Co. “We were delighted to find those qualities in Lisa Wicker. When Lisa and I met, one of the elements that stood out most to me was her background as a scientist and journalist. As we appoint our first-ever CEO for Lyons Brewing & Distilling Co., it seems fitting that we found someone who, like my father did, has a deep enthusiasm for and expertise in the craft — both the science and the storytelling.”

Wicker most recently served as the president and master distiller at Widow Jane Distillery, a rapidly growing whiskey brand in New York. Her early interest in the beverage business began on an Indiana vineyard, where she picked grapes as a farmhand and proved she was not afraid to get her hands dirty. Since then, her 20-year career journey has spanned many facets of the spirits industry, including winemaking, whiskey production, product development and fermentation management. She has held progressive roles in distilling and management at Limestone Branch Distillery in Lebanon, Kentucky; Starlight Distillery in Starlight, Indiana; and Preservation Distillery in Bardstown, Kentucky.

Wicker’s strengths include building teams and mentoring others in the industry. She has trained brand ambassadors and distributors and conducted masterclasses at WhiskyFest in New York, Whiskies of the World in Washington, D.C., and The New Orleans Bourbon Festival in New Orleans, Louisiana.

“I am delighted to return to Bourbon country and have the opportunity to be part of the next phase of growth for Lyons Brewing & Distilling Co.,” said Wicker. “The Lyons family’s story is unique in the brewing and distilling space, and the passion that the team has for their brand and their brewing and distilling processes is authentic. They have all of the elements to generate even greater success in the future, and I am looking forward to this next phase of growth alongside them.”

“Our breweries and distilleries were founded on family tradition, are steeped in rich history and are reflective of their communities,” said Lyons. “They hold stories that, when well-told, help connect people to our brand. Lisa’s experience with product development, combined with a degree in journalism and a shared belief in the power of storytelling, make her uniquely qualified to deliver on our vision for Lyons Brewing & Distilling Co. and to share what we find to be so special with even more people.”

With flavors of roasted malt and cocoa, this brew was aged for 18 months in a freshly decanted maple syrup bourbon barrel. Kentucky Maple Barrel Stout has notes of sweet maple syrup, vanilla and caramel, backed up by hints of oak on the finish.

Kentucky Bourbon Barrel Ale is aged in freshly decanted bourbon barrels from some of Kentucky’s finest distilleries. Subtle yet familiar flavors of vanilla and oak are imparted to this special ale as it rests in the charred barrels. This beer has grown to become the flagship beer of the premier name in barrel-aged beers.

The 2022 World Beer Awards are part of the World Drinks Awards, presented by TheDrinksReport.com, a leading online resource for drinks professionals. More than 3,200 beers from more than 50 countries entered the contest, and an international judging panel blind-tasted and scored the entries across three rounds of judging to identify the best beers in 10 categories.

Lexington Brewing & Distilling Co. is located in downtown Lexington and is a popular stop on the Kentucky Bourbon Trail®.

Pearse Lyons Distillery at the historic St. James Church in Dublin has garnered yet another accolade, recently receiving the Highly Commended Award in the Sustainable Distillery Category at the Icons of Whiskey Ireland 2023 awards. The award is given to “a distillery that has implemented improved sustainability processes within the distillery and the wider supply chain in the past 12 months that have led to demonstrable reductions in the brand’s environmental impact.”

Located in a deconsecrated church, the distillery opened in 2017 and quickly became an award-winning tourist destination. The Lyons family’s environmental commitments were at the core of every decision made during the church’s restoration, from LED lighting and solar panels to shipping spent grains to local farmers to be used as animal feed.

In November, Pearse Lyons Distillery hosted the 2022 Irish Whiskey Awards ceremony, the pinnacle of the Irish Whiskey industry event calendar. More than 120 whiskey producers competed for medals in 17 categories, and entries were judged by members of eight Irish whiskey societies from across the country.

Pearse Lyons Distillery scooped up three prestigious awards at the event. Both the Pearse Lyons 5-Year-Old and Pearse Lyons 12-Year-Old whiskeys received gold medals. The distillery also won the title of Best New Irish Whiskey in the three-to-six-year-old category for its latest offering, Genesis, which has not even been released to the public yet. 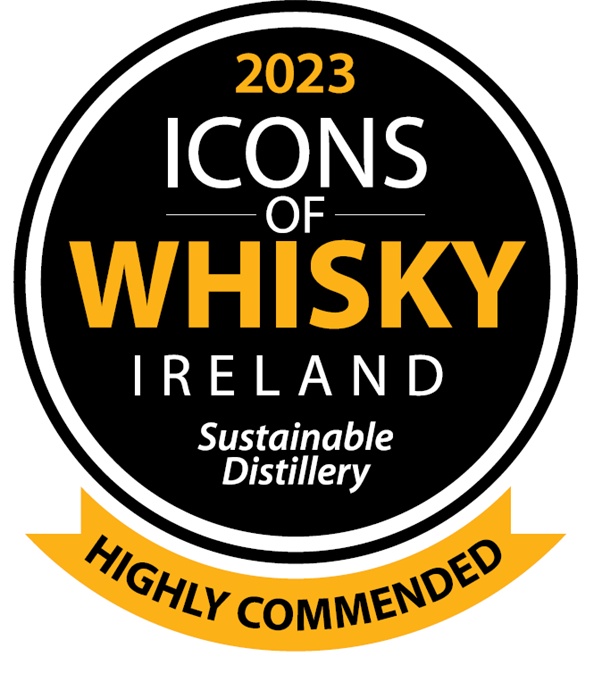 Written by Tracey Flinter on December 5, 2022. Posted in News.

The Pearse Lyons Distillery has garnered yet another accolade after recently receiving the Highly Commended Award in the Sustainable Distillery Category at the Icons of  Whisky Awards 2023. The award is given to “a distillery that has implemented improved sustainability processes within the distillery and wider supply chain in the past 12 months that have led to demonstrable reductions in the brand’s environmental impact.”

This is an outstanding achievement for the whole team and a significant recognition of our ongoing sustainability journey.

The Icons of Whisky awards aim to celebrate the best and brightest people and places in the sector – not just the distilleries and the teams that work in them, but also the individuals and businesses that work to support and promote them and their products.

The in-person awards ceremony, hosted Irish whiskey’s greatest producers and their wider teams at the Iveagh Garden Hotel in Dublin on 24 November for the 2023 regional awards, hosted by Whisky Magazine. 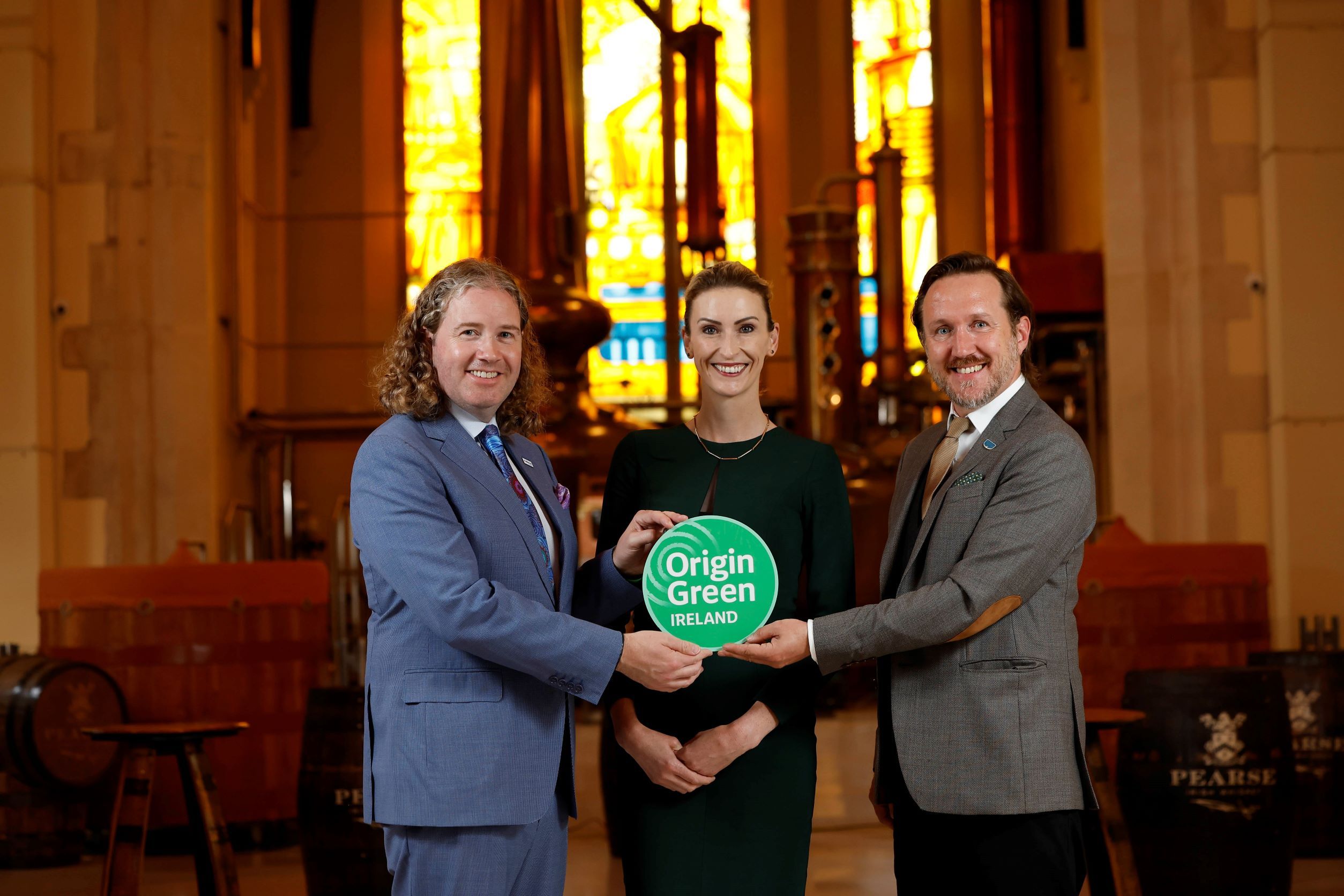 Written by Tracey Flinter on September 15, 2022. Posted in News.

In recognition of their unwavering commitment to sustainability, Pearse Lyons Distillery has achieved Gold Membership, the highest and most prestigious standard in the Bord Bia Origin Green program. Pearse Lyons Distillery’s consistent improvement in the use of recycled and recyclable materials in product packaging, increased efficiencies in how raw materials are utilized, sustained waste reduction and community engagement were the basis for achieving this highly coveted status.

“We are proud to recognize Pearse Lyons Distillery with the Bord Bia Origin Green Gold Membership status as they have employed excellent sustainability practices, such as yearly increased use of recycled and recyclable materials in their bottles and packaging, increased return from the grain used for distilling, annual reductions in waste produced and increasing engagement with the communities around the distillery,” said Deirdre Ryan, director of sustainability & quality assurance, Origin Green Programme, Bord Bia.

“It’s a true honour for Pearse Lyons Distillery to attain Origin Green Gold status this year,” said Conor Farrell, chief operating officer of Alltech’s Beverage Division. “Sustainability is a core value of our production and distribution practices, originally championed by the Lyons Family, Alltech and their Planet of Plenty™ initiative. We consider the well-being of the consumer and the environment in all processes, and it is our company’s ongoing intention to be not only one of Ireland’s leading sustainable distilleries, but also a leader in our local community.”

“The Origin Green program has become immensely important to us,” said Conor Ryan, head of production operations at Pearse Lyons Distillery. “It has enhanced and focused our business, environmental and community-focused initiatives and has aided us in the continual monitoring and improvement of efficiencies across all processes. We strive to maintain only the highest of standards and have implemented practices that continue to serve this value well. Measurement and a commitment to continual improvement have contributed to a highly efficient production process that minimizes waste and resource inputs. In addition, ongoing product packaging development is leading us towards fully recycled and recyclable material usage.” 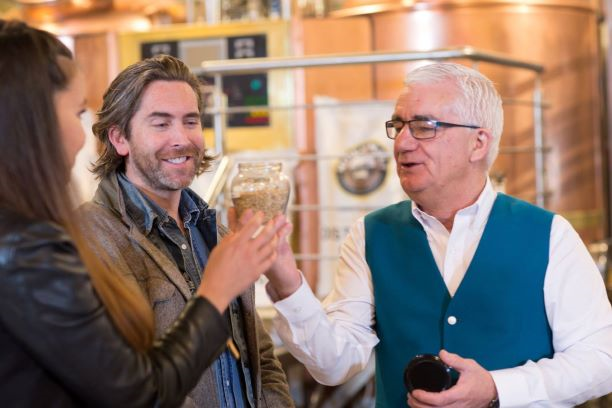 Pearse Lyons Distillery will battle it out against 13 European Distillery’s to be crowned Europe’s Leading Distillery Tour at this year’s World Travel Awards. Pearse Lyons Distillery is Dublin’s only independently, family-owned distillery. The distiller is located in the former, and lovingly restored, St. James Church in the heart of The Liberties, Dublin. The award-winning distillery produces Pearse Irish Whiskey and opened to visitors in September 2017.

Known for its intimate tours and tasting experiences with local storytellers, this distillery invites you to join them for the ultimate Irish Whiskey experience. Be one of a handful to meet and chat to the distillers and taste the range of limited editions and distillery exclusive whiskeys. Blend and bottle your own whiskey with the in-house experts and enjoy seasonal local produce which is paired beautifully with Pearse Irish Whiskey.

Named after the late Pearse Lyons, founder and Whiskey Innovator, the distillery opened its doors in 2017. Born from passion and family tradition, Pearse along with his wife Deirdre aspired to create a distillery like no other in Dublin. Paying homage to their ancestors, five generations of coopers in Dublin, the distillery experience takes you on an immersive journey where you discover and explore the art of Irish Whiskey distillation.

Pearse Lyons Distillery was awarded a Trip Advisor Travellers’ Choice Award in 2020. Winner of Best Dublin Visitor Experience 2019 at the Irish Tourism Industry Awards, the distillery is a must-see when in Dublin.

With no less than four Irish distilleries being nominated for the World Travel Awards’ Europe’s Leading Distillery Tour, the Irish distilleries are up against distilleries in Scotland, England and France to claim the coveted title. To vote for Pearse Lyons Distillery, please click here. Voting closes on Wednesday, July 14 2021, with winners announced at the end of the month.